King Dutch and the drunken crackheads 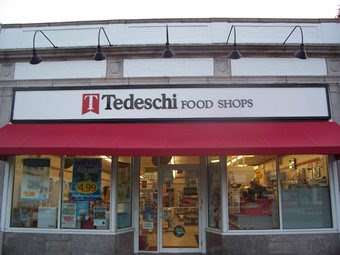 Well.  Shopgirlove has spent a lot of time defending pitbulls and trying to explain to people how gentle and kind they are.  However, even she was impressed when King Dutch stepped in to defend both his mistress and the clerk at our local convenience store from two most unsavory characters.  In fact, he went a little cujo on them.  Well, he put himself between us and them and made a fierce display.  When the cops finally showed up, they announced that they had already battled these two nasties earlier in the day.  Shopgirlove checked in the next day and asked if the terrible two had returned.

Entertainment should be FUN!

Shopgirlove has had a disappointing cinematic March. Lunch and a movie with Mam is usually good times, but we have been thwarted by bad tacos and even worse film making. We began the month at Jose's followed by Confessions of a Shopaholic. The fish tacos at Jose's are normally the stuff that dreams are made of...not so much this time. Nothing worse than bad fish followed by, well, bad fish. What a waste of talent! And what a shame given the potential! (Very, very funny book...) Next up was Shangri-La and The International. Lunch was yums. The movie was dumbs. Shopgirlove and her mam absolutely adore Clive Owen, so we were really rather excited to see him in a shootout at the Guggenheim. Fun, no? NO FUN! Good lord what were they thinking? This isn't so much a script as a series of cliches stitched together by derivative plot twists. Ummm, finding the killer by tracing his prosethetic? Has this not been done before? Did they really think no one in the audience would be old enough to remember The Fugitive? Or did they assume us to be in our dotage? Either way, yuck. Feeling a bit low, we next opted for Indian buffet and Sunshine Cleaning. Clever choice, right? An excellent meal followed by a light-hearted sister romp about taking care of bio-hazards. Well, the meal was excellent. Shopgirlove will never understand why films featuring two female characters have to be two thirds about one, the other, or both crying. Maudlin melodrama despite a promising premise. We cleansed our palate with an orgy of fine film making at Mam's house. We popped in the the DVD of the BMW auteur shorts and ended March on a good note. Thank goodness for true artists! (And Madonna, such a trooper!)

The Boy in the Barn

Is dead by his own hand. 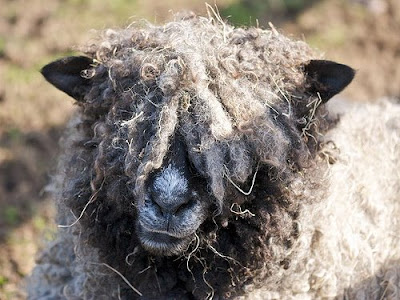 Shopgirlove has a confession to make: Lately, she has been obsessed with the idea of raising sheep. She knows zero about homesteading and even less about animal husbandry, but given how many jobs she's learned on the fly, how hard could this be? (Don't answer that, please.) They would be milk sheep and she would make cheese. Not just any cheese...perhaps an American Spenwood. (Forget the suggested wine pairing. Wine and cheese are most often an unhappy marriage.) Or perhaps something soft and flowery? (With a Yankee twist, of course.) And then there are the yogurt possibilities...sigh. Oh, and bonus? Unlimited supplies of sheep's milk!

Mad Max madness in the Sydney airport. Shopgirlove is beginning to think that the romance of flying may finally have crashed and burned...the food is terrifying,
pilots are being asked to choose between fuel and their pensions, passengers are stranded up to ten hours without water. Congress is addressing the issue, but Shopgirlove has started to consider her options. 1) If by land. 2) If by sea.

A tragic update: the crew on a FedEx flight from China to Japan are both reported dead when their plane exploded after a crash landing at Tokyo's Narita airport. Shopgirlove's deepest sympathies go out to their families. What kind of pressure must they have been under to attempt a landing in these conditions? 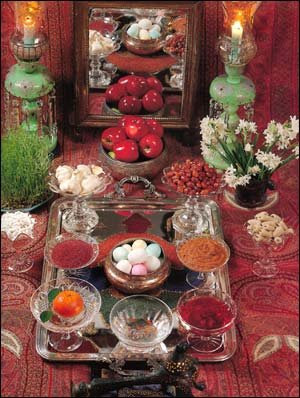 It's spring and a fine New year! Our President took the initiative in foreign relations to wish the people of Persia a happy NoRooz. Good. Peace and joy and may the family of man grow closer. Be well and blessings upon your house.

Disgusting man, disgusting crime. Rape is on the rise in our communities, our work environments, and in our schools. It is the most costly crime in America and the least prosecuted. One of the most disturbing trends has been the increase of violent sexual crimes in the U.S. military, although, ours has good company. May all the victims find a healing path... 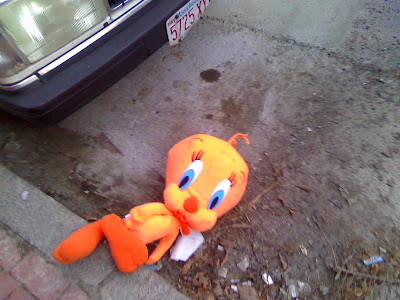 King Dutch and the giant tub of mayo

Shopgirlove was making lunch and walked away from the GIANT tub of mayonnaise she had been using. It wasn't her regular brand, but it had most of the right ingredients except for sugar. Why would you put sugar in mayo? The main thing was that it wasn't made with canola oil. Shopgirlove is still looking for one made with with olive oil; she's going to try the Hellman's one next. There is an amazing imported French mayo that could fool anyone into thinking it was whipped up fresh for the occasion...they use safflower oil and if it didn't cost an arm and a leg, Shopgirlove would marry it. She knows she should just make her own-let's face facts, folks; it ain't gonna happen! Right, so Shopgirlove tucks in and not long after King Dutch waltzes in with a white beard. Wha? Shopgirlove is having a really hard time explaining this to herself. Rabies? No, he's quite happy and there's nothing on his lips...did he get the toothpaste tube and go crazy? No, again, it's not on his lips...ah, the joys of living with dogs! She levered herself up and went to investigate. All clear. There was nothing anywhere. King Dutch decides that this is a game of "find" (one of his favorites) and begins searching for the hidden treasure. Not having found anything to account for the goop on King Dutch's chin, Shopgirlove decides to finish lunch. Passing through the kitchen, she notices that the GIANT tub of mayo is gone from the table...there you are, then. But where is it? He has absconded with his prize to some dark recess and stowed it away for future yummies. Good on him! The strangest thing is how many people think that mayo is BAD for dogs...the ingredients are exactly what King Dutch's vet praised Shopgirlove for adding to his diet: egg yolks and oil. He also gets yummy salmon and other fish high in omega 3 and 6 fatty acids that coddle his coat and brain. Once again, the American bias toward fat completely ignores science and tradition. No wonder we are obese, sick, and miserable. King Dutch won't actually eat the bad stuff...he always makes healthy choices and Shopgirlove is beginning to think he might just be the best diet guru on the planet. Except for the fascination with poop and vomit. Ewwwwwww!!!!!!!!!!!!!!!!!!!!!!!!!!!!!!!!!!!!!!! Whatever, he is slim, healthy, happy, and clever. Shopgirlove may just let him keep the mayo...

Goodbye and good riddance and a little bit of Trollope 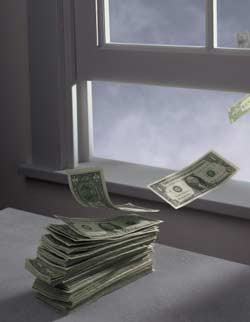 Well, well, well...Bernie go bye-bye. Can you imagine? Shopgirlove is ever so glad to see the monster behind bars. But is it enough? Really? Vanity Fair has an excellent issue that tackles the greed and hubris endemic in the last decade's financial wheeling's and dealings. The Madoff piece is certainly illuminating; but the real eye-opener is the analysis of Iceland's meltdown...the gender factor is an interesting theme. Shopgirlove has gone back to Trollope. Melmotte got there waaaaaaay before Madoff. And with a great deal more style and even a conscience. That's more than can be said of Bernie the Bastard... 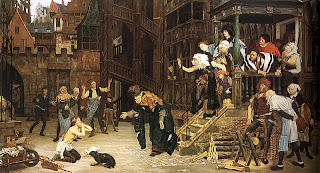 Well...Shopgirlove finally fixed her laptop and then the neighbors from whom she was jacking her wireless went and moved! Damn them! However, someone else moved in close enough and the game is on...we have a lot of catching up to do. Yes we do! Much to come; in the meantime, go rent Bella. It's incredible. Keep the Kleenex handy, though... 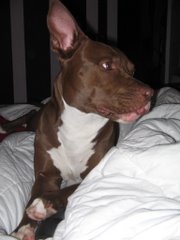